Too sexual for kids?

David Cameron is today announcing a multi-pronged attack on the commercialisation and sexualisation of children.

Along with a one-stop website for parents to report raunchy and violent images on TV, print, videogames and adverts, and a plan to allow all new broadband customers to stop pornography being available in their homes, are new guidelines on billboard advertising from regulator ASA.

The body is pledging a case-by-case approach to what complaints will and won't be upheld, but the new rules include restrictions on scantily-clad models and the like being shown near schools.

But do they go far enough? You decide.

Here are images which the ASA guidelines say are unlikely to be considered sexual - despite featuring a woman in a bikini and a topless man. 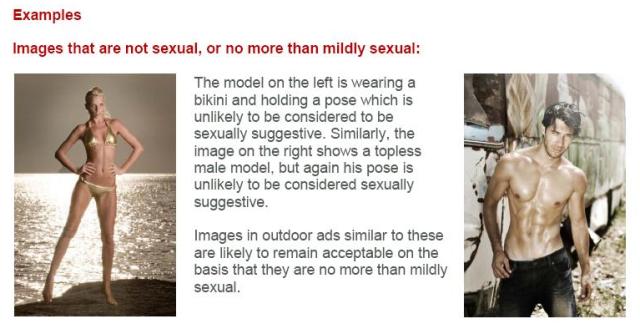 Whereas these might be seen as sexually suggestive and are likely to be restricted - despite the fact the couple are fully-clothed. 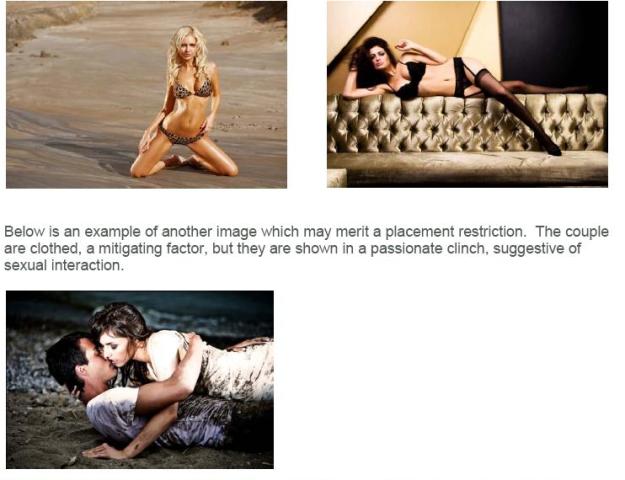 These, on the other hand, are likely to be banned from outdoor billboards entirely for being overtly sexual.

I've asked whether the Prime Minister thinks these guidelines are tough enough. A source said he is glad progress is being made but that "more needs to be done".

Two leading campaigners against the sexualisation of children, Tory Claire Perry and Lib-Dem Jo Swinson, have both welcomed the new guidelines.

"The proof will be in the pudding, but perhaps it will encourage advertisers to be a bit more creative without having to rely on sex to sell everything," Swinson said.